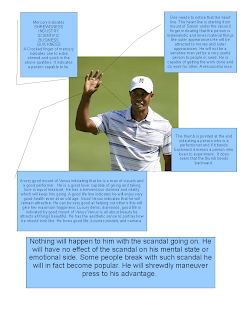 Tiger Wood in news my own interpretation of what he must be like.
The quality of image is not good but i have made use of it. Could have
interpreted it more if the image was with good resolution.
--
www.palmistindian.com
info@palmistindian.com 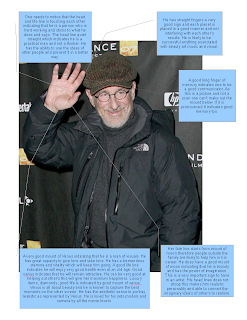 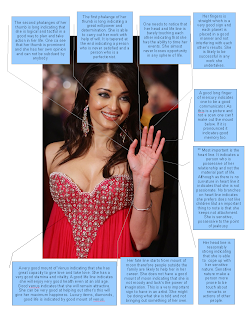 Thumb is the most important part of a human hand as it tells a lot about a human being. There are 3 parts to the thumb the top most is the first phalange of the thumb representing the will, determination, force, motivation, spirit, strength of character the second phalange represents the reasoning, logic, way of thinking, common sense, judgment and the third represents the love affection, love, warmth, care, the heat, sexual drive.

If we analyze these characteristics we will realize how important it is for our day to day living. How our success and failure is decided by the qualities we are endowed with.

Length of the phalange represents a certain excess or lack of qualities mentioned above.

Thumb that is flexible from the first phalange will make them wanting to experiment with new ways and ideas. They are likely to be compulsive shopper and having eccentric, alternative, unusual tendency.


Stiffness in the thumb makes a person stubborn, and non elastic. The person is likely to be a good worker and not waver or linger his work. He/ she are likely to complete the work in a dedicated fashion.


A thumb high set and short in length makes the person senselessness, stupid and lack of adaptability and a person who is tightfisted in money matters.

A low set thumb makes a person openhanded, intellectual, thinker having a rational thinking. The person is likely to understand people.

If the thumb is set very close to the fingers the person is likely to be materialistic, greedy and want for excessive or insatiable desire for wealth or gain.


If the thumb is set away it shows an open thinking with a compulsive shopper temperament. 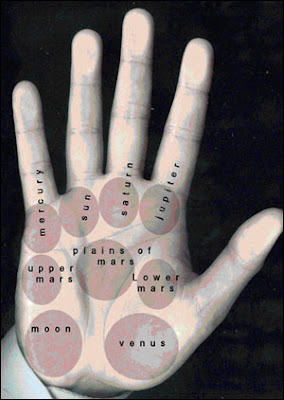 A very badly marked mount of Saturn gives with represent nervousness, hemorrhoids problem with teeth, ears, paralysis of one side of the body, usually resulting from a stroke or other brain injury, rheumatism. Paralysis also indicated when the nails are dug deep in the skin and absolutely flat. Any disease chronic in nature is represented by Saturn. It also represents skin disorder.

Upper mount of mars Represents the fire in a relationship and the thing which keeps two people together be it friends, relatives, associations or a life partner. It shows mental tensions. This area shows how a person copes up with it.

Mount of Venus represents sexual or Generative organ disease. Sexuality is a big part of being human. Love, affection and sexual intimacy all play a role in healthy relationships. They also contribute to your sense of well-being. Mount of Venus If not firm and spongy and well formed, it’s likely the person can not give and take love most needed in any relationship.  A number of disorders can affect the ability to have or enjoy sex, including erectile dysfunction in men and vaginismus sexual problems in females. A good mount of Venus give widespread muscular relaxation. It also indicates the level of desire, arousal, orgasm and a sense of well being. In addition, a number of diseases and disorders affect sexual health. These include sexually transmitted diseases and cancer. In men, treatment of prostate cancer can cause erectile dysfunction. In women, cervical, uterine, vaginal, vulvar or ovarian cancer may have sexual effects.

Mount of moon Represents water & white color. It even also represents White blood cell. White blood cells are constantly being formed in bone marrow; again the color of bones is white. Mother's milk is therefore wards off lot many diseases as widely accepted by medicinal community. Other diseases such as Kidney disease, a urinary tract infection, dropsy (an illness in which watery fluid collects in the body), an enlarged spleen, enlarged lymph nodes, especially in the neck and underarms an enlarged liver, skin rashes, frequent nose bleeds, anemia (low blood counts).An increase in certain types of white blood cells (including double-negative T cells). An increased life-span of some white blood cells that are no longer needed.  An alteration in a gene. The life span of white blood cells is from hours to years. Once the white blood cells fight any particular disease they tend to remember and are better equipped to fight the disease later on.

Mars represents red and red is the color of our blood therefore trouble of blood. Red blood cells carry the oxygen to various parts of our body. Bronchitis bronchi, the main air passages to the lungs, it generally follows a viral respiratory infection, affects with badly marked Upper mount of mars. Red blood cells do not live any longer than 120 days.

Plain of Mars gives ability to fight day to day disease & digestion. All major lines cross the plains of mars be it money line, life line, sun line, hear & heart line. Therefore the most important area and most ignored are in our palm. If this area is good the person is able to deliver to the best of their ability or else they get mixed up in unnecessary troubles in life. Tensions from inside the family or outside are indicated and the person suffers constantly. One can say that that the battle of life is fought from the plains of Mars.

Mount of Mercury indicates diseases of the liver disorder or gastric distress, jaundice, nervousness are indicated when badly marked with lots of criss- cross lines.

Mount of Sun indicates heart related trouble eyes related. Stock brokers, gamblers, artist, musicians usually undergo such trouble as they usually undergo daily ups and down in their career. Some people who have the ability can sustain

diseases and illness shown in a palm analysis 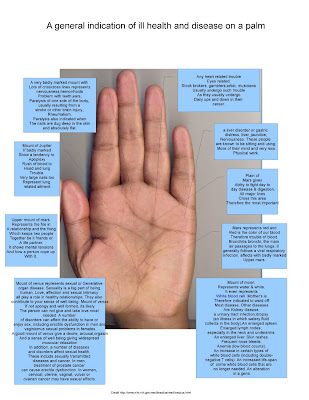 
Sonia Gandhi What does her hands says.  Most significat part of her hands is the mars line on negative mars 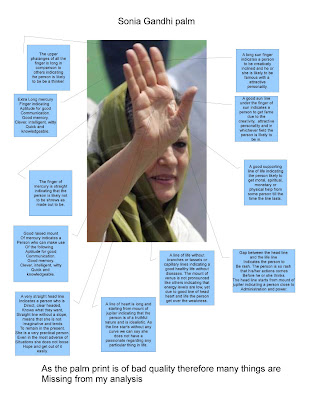 Palmistry Reading
The most significant to see in his hand is length of third phylange of the 4th finger. It shows that it is not long indicating not a good politician. The mount under the little finger is good indicating mercurial qualities.

The length of the 1st phylange of all the fingers is longest indicating, she seeks mental stimulation. It means she is a thinker.

The most significant to see in his hand is length of third phylange of the 4th finger. It is comparatively long indicating she is somewhat good politician.

hi i wish to dedicate this blog to palmistry reading i give out on a regular basis. i will try and give examples of people who come up to me for a reading through meeting or by e-mail. i dont meet people in person due to shortage of time.
ones who wish to get thir hand read need to send their scanned palm print and i will try to give my analysis. if you are lucky you just might get a free palm reading.
or else just enjoy and share your inputs on my reading if you are a palmist

1).I need a digital scanned image of both your palm front and back. Digital image should be clear not just the lines clear but the capillary lines also clear.

2).If u plan to send digital scanned image by e-mail. When you scan your palm set the resolution as 200 or 300 and size at 100% and keep both your palm together and not just one. Save in jpeg format.

4).I am here at your service so kindly do not send empty mail asking me to read your palm without a digital scanned image. What I will be reading is your e-mail and not your palm, incase of an empty mail.

5).Send in your date of birth too. No need to send the time of birth, place of birth etc..

In life nothing comes for free. You will have to incur some cost on your own It might cost you around Rs. 100/- to get your hands scanned if you don't have a flat bed scanner. (Please note I am not charging any money so please take the extra effort to get your hand scanned. If you don't have your own scanner it will be a problem for scanning as the shops doing the scanning will not want the glass of there scanner stained)

Even if you send the image do not expect me ot reply to you soon as i will tkae my own time.

a sample palm reading i normally give out to people 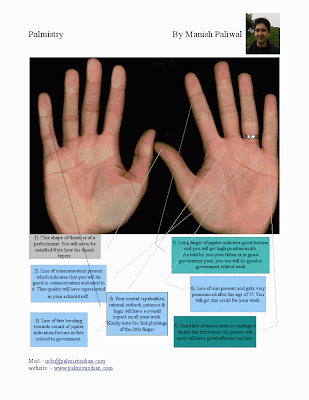 one of the readings i gave to a foreigner who hppened to see my website and ask for a reading.
- April 27, 2009 2 comments: 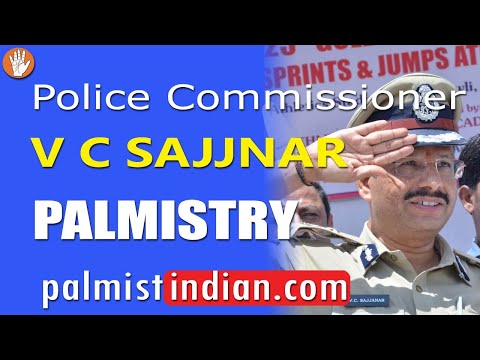